Do Vaccines Cause Autism?
A Look at What Both Sides Have to Say in This Controversial Issue 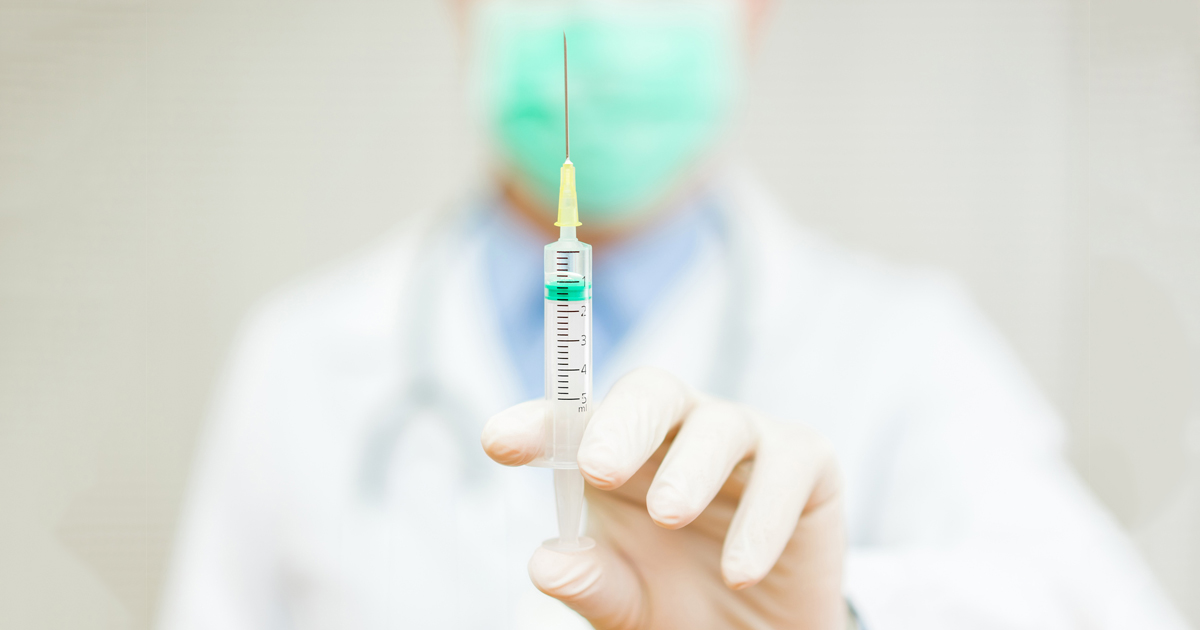 Do vaccines cause autism? That’s one of the biggest, most controversial questions out there in the vaccine safety debate these days, isn’t it? Views on whether vaccines do cause autism or don’t have any link whatsoever are polarizing, to say the least. Even families can be split on the issue, with each side seeing it as a very black and white answer.

To help you understand the arguments on both sides of the issue, here’s an overview of what both camps are saying.

The “Vaccines Don’t Cause Autism” Side

Proponents of the vaccines don’t cause autism viewpoint will cite research. It’s all about the science, they say, with the Centers for Disease Control and Prevention (CDC) itself stating, “studies have shown that there is no link between receiving vaccines and developing ASD (Autism Spectrum Disorder)”. This assertion is based on several sources, including emphasis on a 2011 report by the Institute of Medicine (IOM) which states that of the eight adult and child vaccines they reviewed, all were safe, bar rare cases of adverse reactions.

The CDC conducted its own study, published in 2013. In this research they examined the antigens (the substances and microbes in vaccines that prompt the immune system in a body to react with antibodies that fight disease). They looked at the antigens in two-year-olds and determined that, “the total amount of antigen from vaccines received was the same between children with ASD and those that did not have ASD”.

Of the “mercury question” – the mercury-based preservative thimerosal – that many people are concerned with, the CDC cites a 2004 review, also by the Institute of Medicine (IOM), quoting, “the evidence favors rejection of a causal relationship between thimerosal-containing vaccines and autism”. It should be noted that several conflicts of interest existed with the authors of this study, but were not disclosed.

In addition, between 2003 and 2012, the CDC funded or conducted nine studies that found “no link between thimerosal-containing vaccines and ASD, as well as no link between the measles, mumps, and rubella (MMR) vaccine and ASD in children.” Before this, between 1999 and 2001, as a precaution and in light of public concerns, thimerosal was reduced “to trace amounts” or removed from all childhood vaccines, except a few for the flu. Interestingly, the “trace amounts” of thimerosal contained in vaccines that can be labeled “thimerosal free” can still exceed the limit for the amount of mercury that would be considered “hazardous waste” by other government agencies.

Another way the “vaccination does not cause ASD” camp uses science as proof is by discrediting research that demonstrates there is a link between autism and vaccination. The most infamous of these cases is that of the 1998 publication of a peer-reviewed study by British gastroenterologist Dr. Andrew Wakefield, demonstrating a link between the MMR (measles, mumps and rubella) vaccine and increased rates of autism. This study in The Lancet was ultimately retracted by The Lancet, sparking a huge backlash by many members of the medical community who claimed data was falsified, despite no substantiated proof for this assertion.

So, if there is so much science proving vaccines do not cause autism, then why are so many people convinced otherwise?

The “Vaccines Causes Autism” Side

One of the first things many people who question vaccine safety (often referred to as “anti-vaxxers” in the media) point out is the recent report that the CDC holds the patent to multiple vaccines. This claim includes accusations that there has been a cover-up of true data for at least a decade, and that the CDC may have a vested interest in promoting their vaccine schedule. The credibility of this particular point has received media attention, not only because of its inflammatory nature, but also because it comes from Robert F. Kennedy Jr., who President Trump recently invited to head a commission investigating the issue of vaccine safety.

Mr. Kennedy, who has referred to himself as “pro-vaccine” has also written several articles questioning vaccine safety, including that vaccines are connected to autism. His published statement that the CDC holds in excess of 20 patents has also been recently challenged. In a January 2017 article published on PubMed.com, a patent lawyer (and anti-vaccine proponent) investigated Kennedy’s claim and found that the CDC actually holds 56 patents.

It makes sense why those proponents of the “vaccines cause autism” side question the validity of the CDC research, citing conflict of interest, if nothing else.

Anti-vaccination advocates often discuss scientists who have worked for pharmaceutical companies, or researchers who have become whistleblowers. One such scientist is Dr. Brian Hooker, a long-time CDC scientist whose report published in 2014 in the peer reviewed scientific journal Translational Neurodegeneration, uncovered “data manipulation by the CDC” concerning the incidence of autism in African-American boys who were given the MMR vaccine before 36 months.

Besides actual whistleblowers willing to come forward and report first-hand knowledge of fraud and cover-up, there are leaked documents like the one from GlaxoSmithKline HERE. The report, leaked December 16, 2011, “details adverse effects associated with autism, including encephalitis, developmental delays, altered states of consciousness, speech delays and other adverse reactions”.

The details above are just the tip of the iceberg. Whether autism is connected to vaccination or not is an issue that clearly requires closer scrutiny as well as an in depth analysis of “cui bono” (who benefits).

Vaccines Do Not Cause Autism

Do Vaccinations Cause Autism?

Autism and measles, mumps, and rubella vaccine: no epidemiological evidence for a causal association.

Mumps, measles, and rubella vaccine and the incidence of autism recorded by general practitioners: a time trend analysis.

Time trends in autism and in MMR immunization coverage in California.

No effect of MMR withdrawal on the incidence of autism: a total population study.

A population-based study of measles, mumps, and rubella vaccination and autism.

Thimerosal exposure in infants and developmental disorders: a prospective cohort study in the United Kingdom does not support a causal association.

Early thimerosal exposure and neuropsychological outcomes at 7 to 10 years.

The MMR vaccine and autism: Sensation, refutation, retraction, and fraud

New Meta-analysis Confirms: No Association between Vaccines and Autism

A License to Kill? Part 1: How A Public-Private Partnership Made the Government Merck’s Gardasil Partner

New Vaccines Still Cause Autism and the U.S. Government Knows It